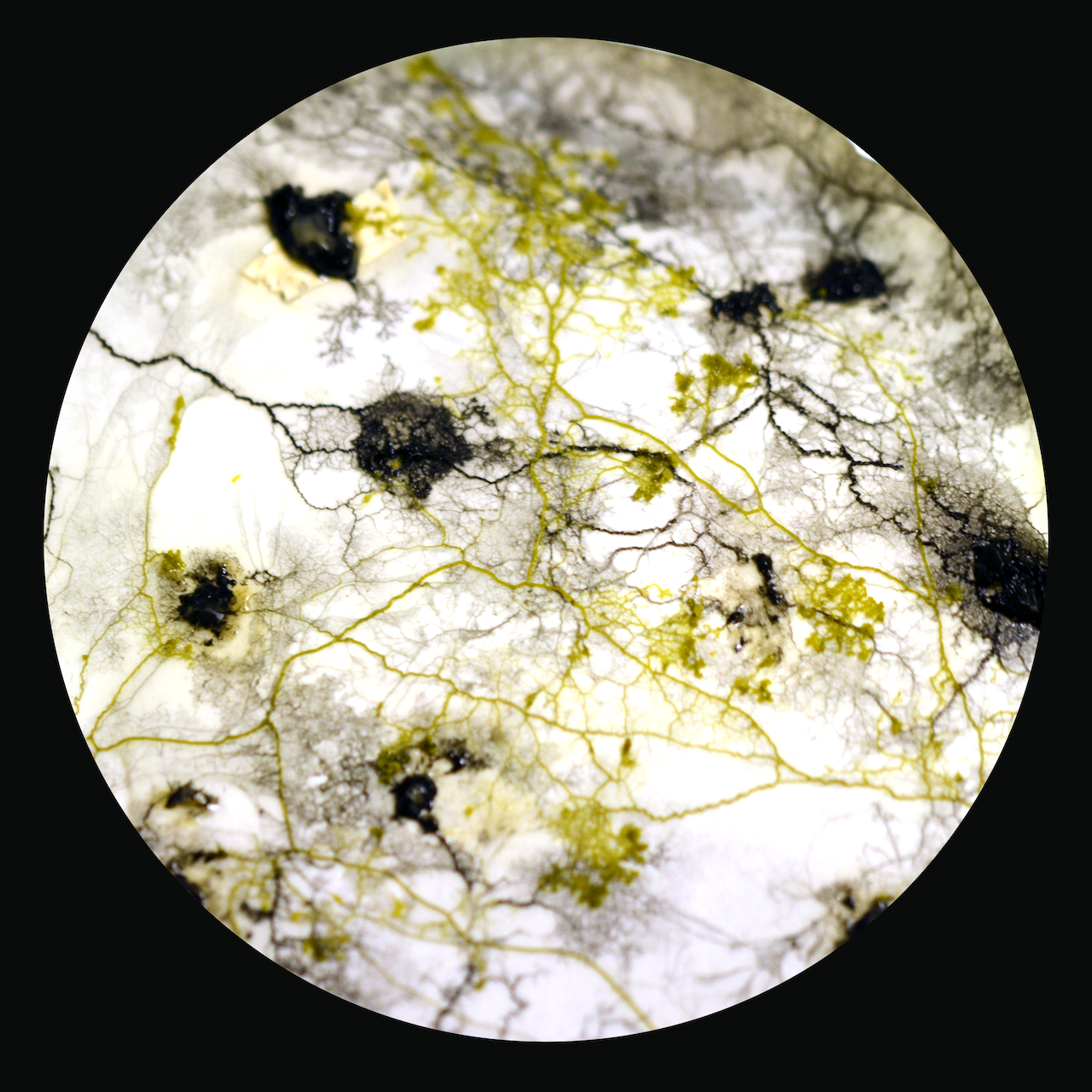 In 2020 I was commissioned by ATM Maths magazine to respond to one of their academic articles with my long collaboration with slime mould. I created a drawing made by slime mould as a response to research about human-made geometric patterns. To make the amoeba “draw”, I placed charcoal powder on the slime mould’s food so that it left a visible trace as it grew and crawlded across the paper.

The work challenges the action of drawing as an exclusively human action, questioning the distinction bewtween Nature and Humans.

Extract from the writing I created for the issue:

“The organic entangled shapes contrast with the controlled lines made with ruler and pencil, yet both patterns convey complexity, emerging from simple shapes, creating something that appears larger than the sum of its parts. Nature is the great pattern underlying everything around us. Noticing it might open up our understanding of the patterns we create.” 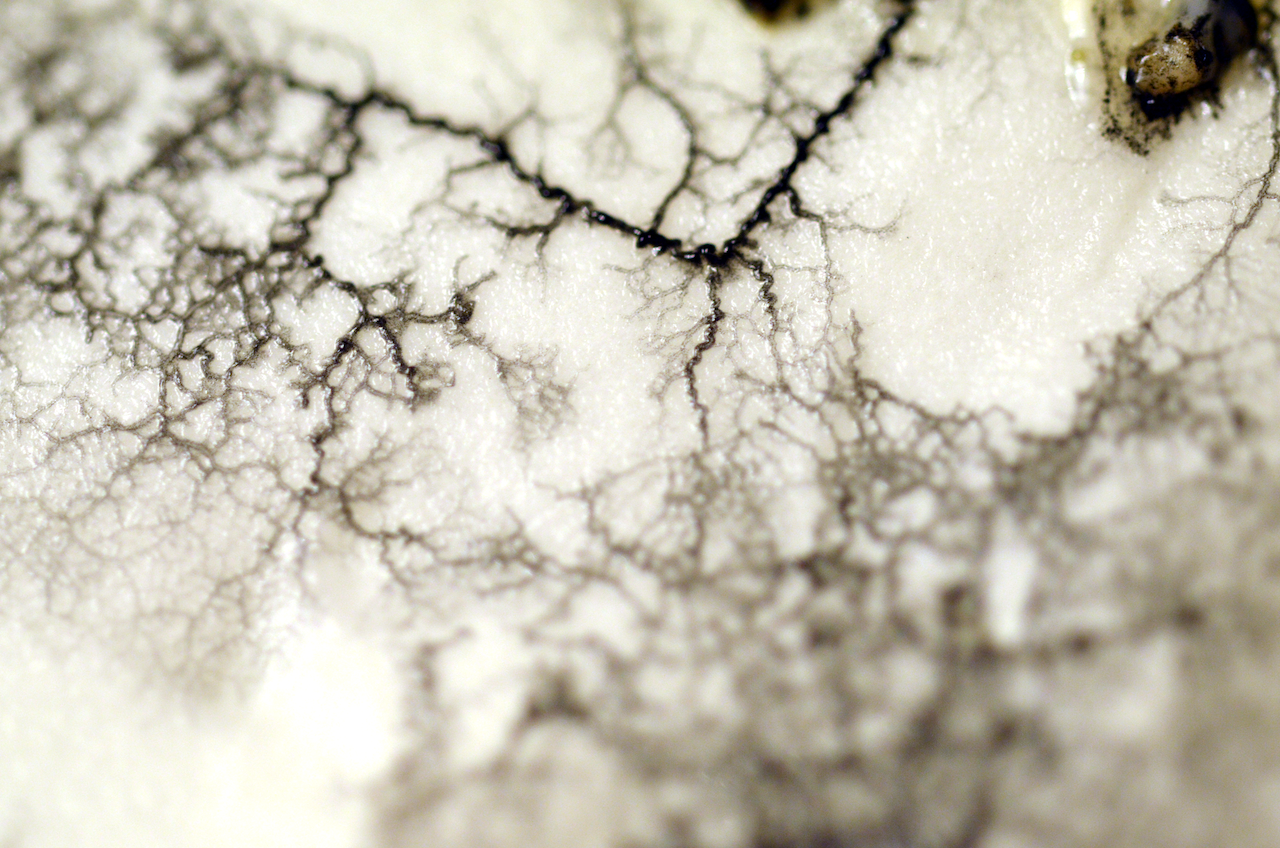 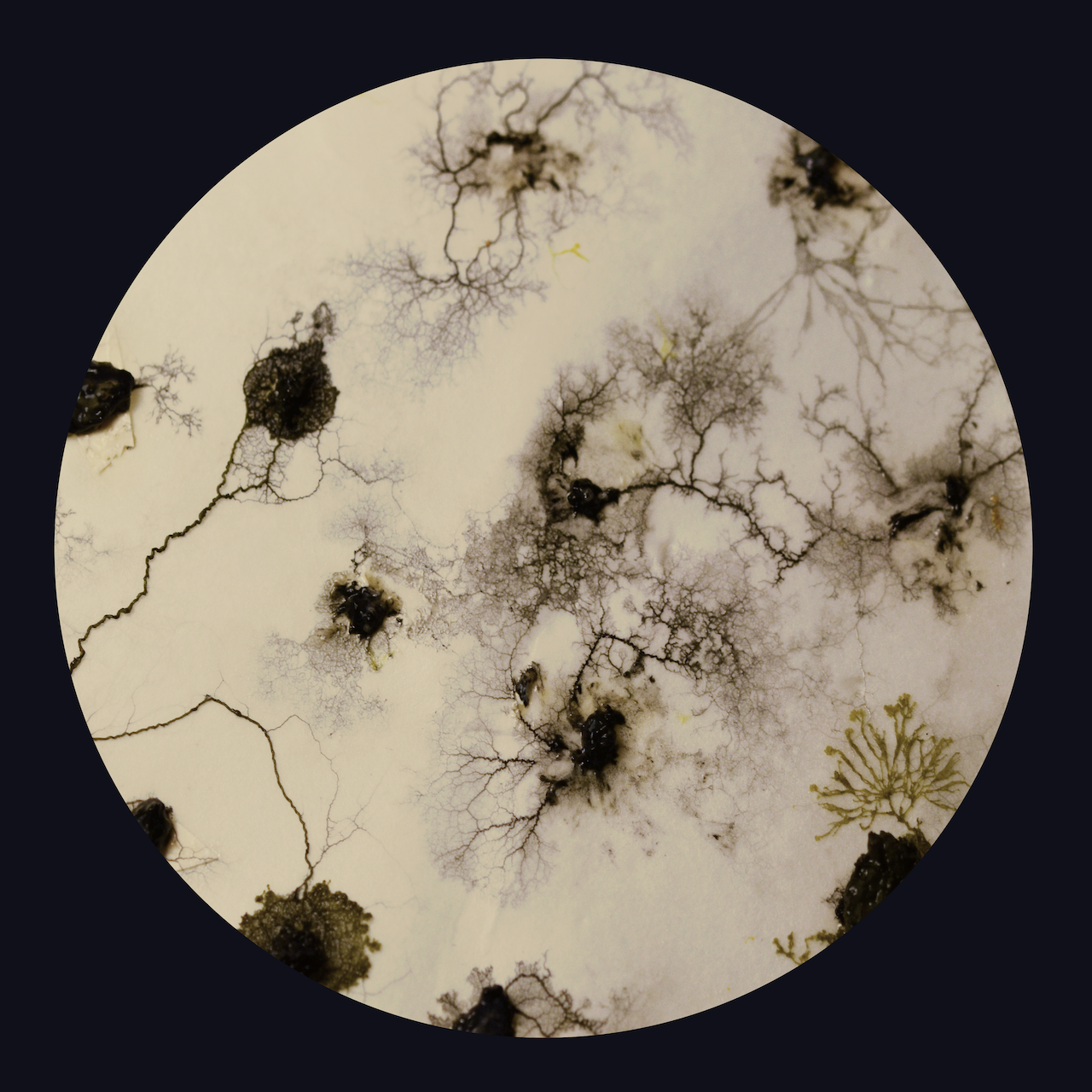 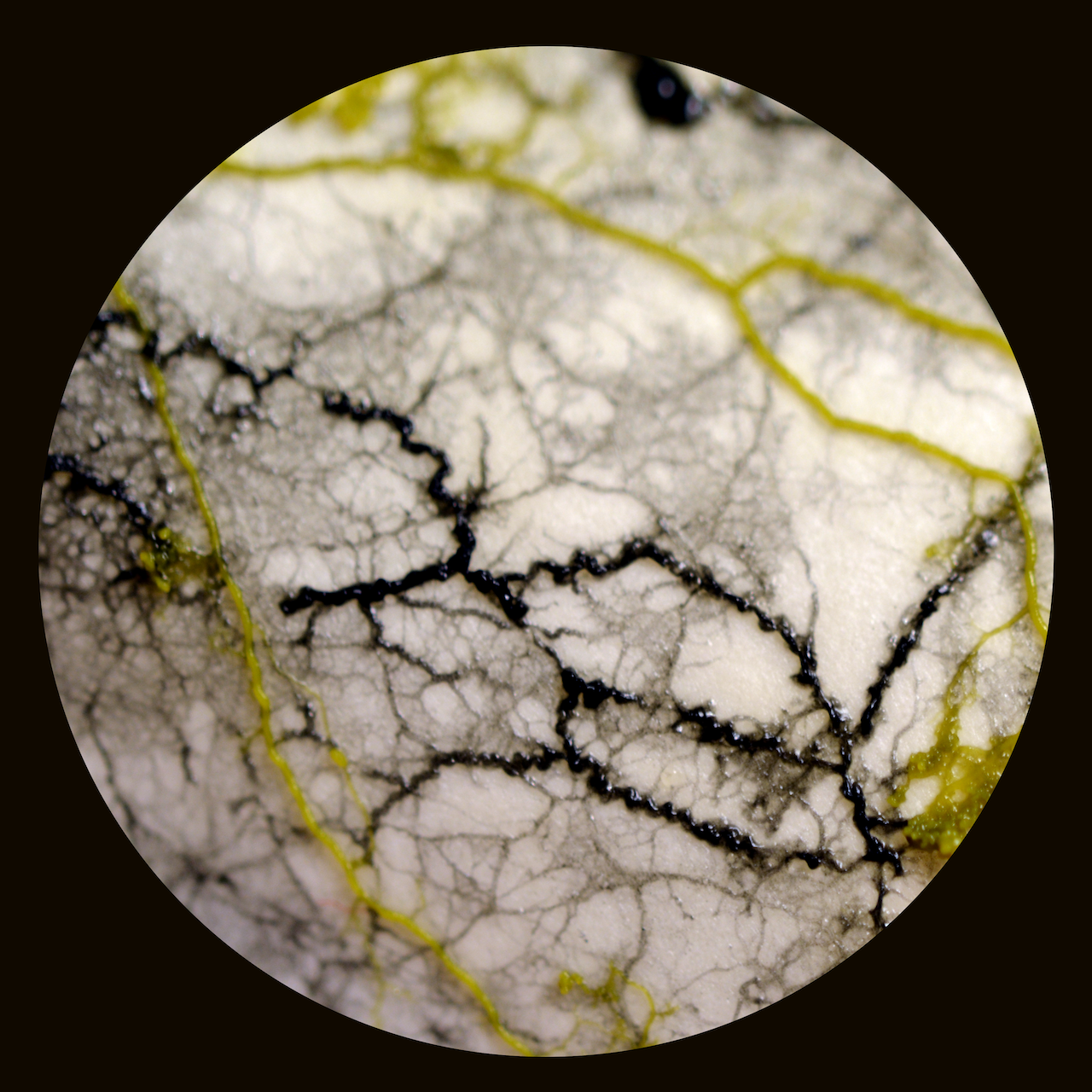